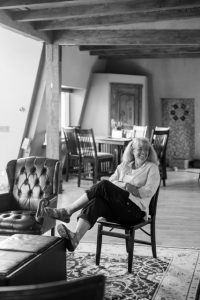 Hi, I’m Suzanne Shippen.  I thought I’d give you a short bio of my professional music life.

I earned a Bachelor’s degree in Violin Pedagogy in 1985 and a Master’s degree in Viola Performance in1989 from BYU.     I also studied piano for several years at the U of U.  I performed and taught viola and violin professionally for several years in the greater Washington DC area and later returned to Utah where I taught for a time at BYU and played in the local professional recording studios.  In  2006, my husband bought me a Finale program for my computer.  I found it intriguing, because in college I had attempted to write a few pieces for some of my music class assignments, but my manuscript was so poor that I did not have the patience to try to take composing seriously.  The program just sat there for about year, but one day I was practicing organ at the church and a song came into my head and I just started playing it.  I couldn’t figure out what it was and after awhile, I realized it was original!  It sounded like a Christmas song, so I went home and put words to it and had my Primary kids sing it for the Christmas program.  I was shocked…. I had written a song!  In 2008, I decided to see what would happen if I really tried to write something in earnest.  I ended up writing a Christmas choir piece which was published.  I was so surprised that I could really compose music!  I wrote 2 more pieces the next year and then the following year was called to be the stake music chairman where I started writing music in earnest in 2011.  Not being a vocalist myself, It was strange to be writing so much vocal music. But necessity is the mother of invention, so when I was called, I began both composing original music and arranging music for stake choirs, both youth and adult, as well as Primary music.  I found it was much easier for me to conduct music I had written than to try to teach other people’s music.   I have made it my mission to compose music that is accessible to all of those people who tell me “I don’t have that great of a singing voice.”  Well, I don’t either, so I figure if I can sing it, it’s about right.

It has been such a wonderful opportunity to conceive something in my head and then put it down on paper, but then have the opportunity to actually hear it come to fruition in the way that I conceived it because I actually get to conduct these choirs!  It’s so wonderful to watch youth and adults who weren’t sure if they really liked singing realize that they can really enjoy it and sing it with passion and meaning… and sound good!  Writing this music has been one of the most amazing musical experiences of my life because it has  allowed me a way to combine my talents and passion for music with sharing my testimony of the Gospel of Jesus Christ. He has blessed my life so tremendously, I feel like I could write music for the rest of my life in praise to Him and never truly do Him justice for all he has done for me.  For this reason, I believe when people listen to my music, they are truly understanding me in a very personal way.  This is really what I believe and who I am.  I hope you can also enjoy this music.  Some of these pieces have been recognized by the LDS church and can be found on their website as well.

I would love to share my music with you at no charge. Feel free to make copies for non-commericial use. They are copyrighted though, so for any commercial purposes, please contact me at shippens6@comcast.net